My life has been REALLY busy this spring and it doesn't appear to be slowing down now that summer is looming near! My husband and I are spending four days a week at the Hill Country house now instead of only weekends. That means we are getting twice as much accomplished!
I attempted a photo of the front and because I was standing on a slope, the photo makes the house look like it's slanting down into the ground! The house is on a little over 2 acres, on a hill,  and is at the very highest point of hill! 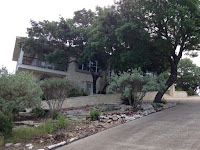 In the last couple of weeks, we have made progress in the pantry kitchen. So far we have: 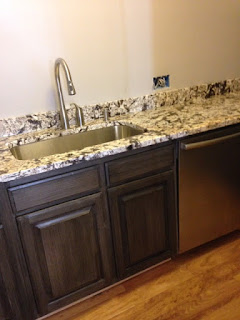 In the main kitchen, we have: 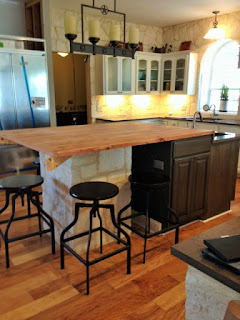 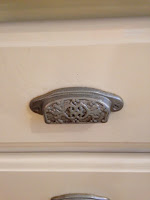 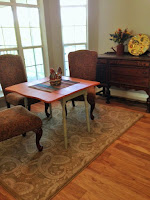 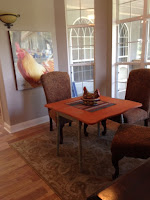 In other rooms, we have: 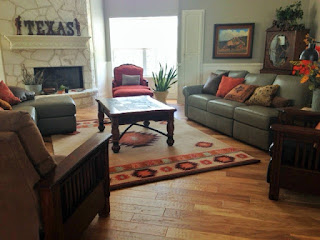 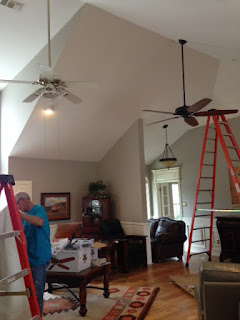 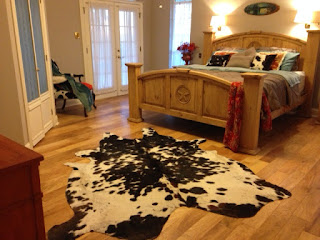 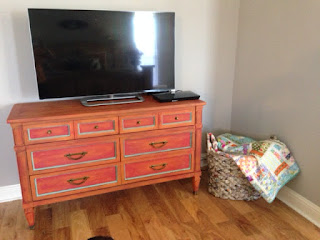 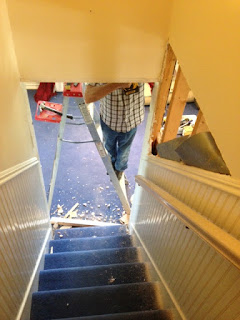 I'm very excited about showing the after on this one! It will take a while, though. We ended up removing quite a bit of the walls you see here, both in the doorway and the side with the railing. It's going to be so much better!!! (We haven't tackled the floors in this area yet, either.)
Outside in the fenced patio area, we: 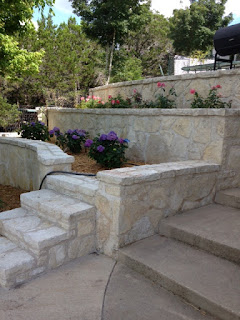 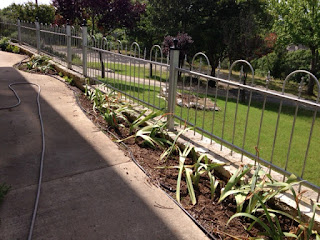 I didn't have the time to do much estate or thrift sale searching this week. I did find a minute to look through a downtown antique shop. I spotted this little guy and it immediately sparked an emotional response in me. I had to have him. My sister thinks maybe our grandmother had one when we were little. 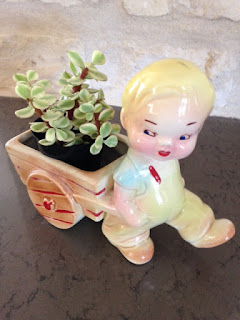 In the meantime, I am preparing to fly to Oregon to visit my youngest son for a week. He has just bought his first house - a 1930's bungalow.