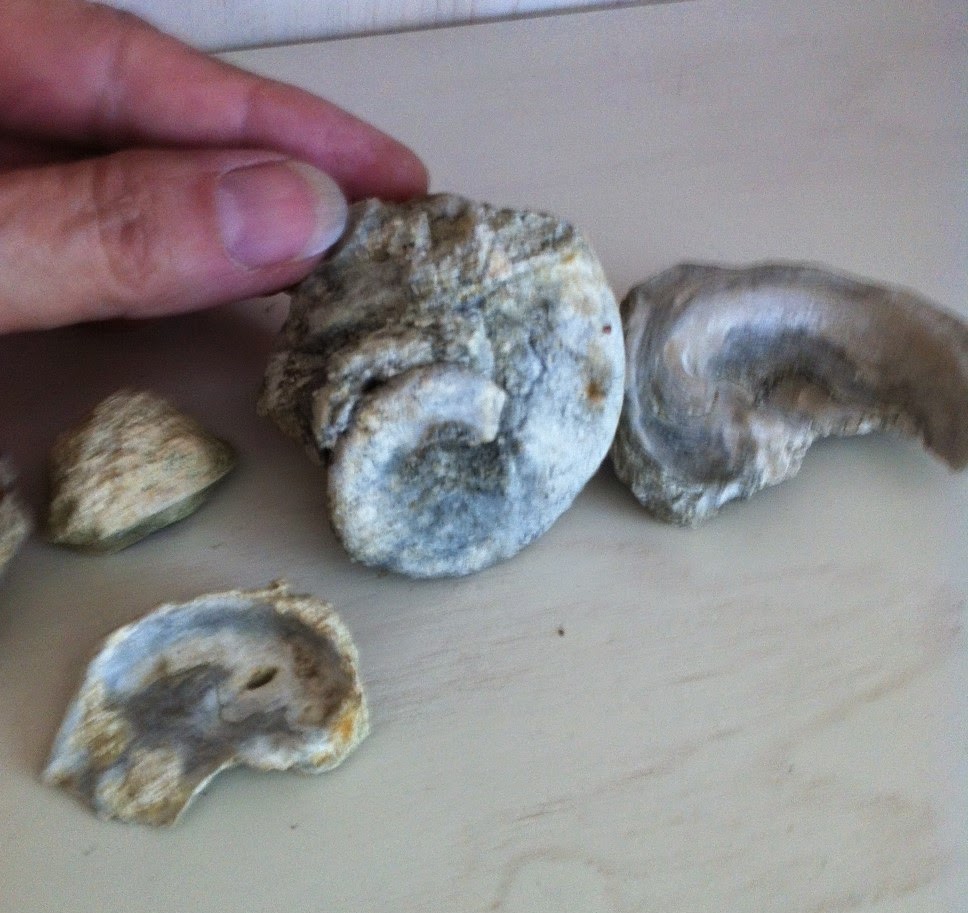 Some of you may not know that way back in the dinosaur days, this hot, dry south Texas land was under the ocean. The hill country limestone used to be prehistoric sea shells. Just walking around briefly on our property, there are many fossils to be found. I just have to reach down and pick them up. I wonder what the native American's who lived around here thought of these? 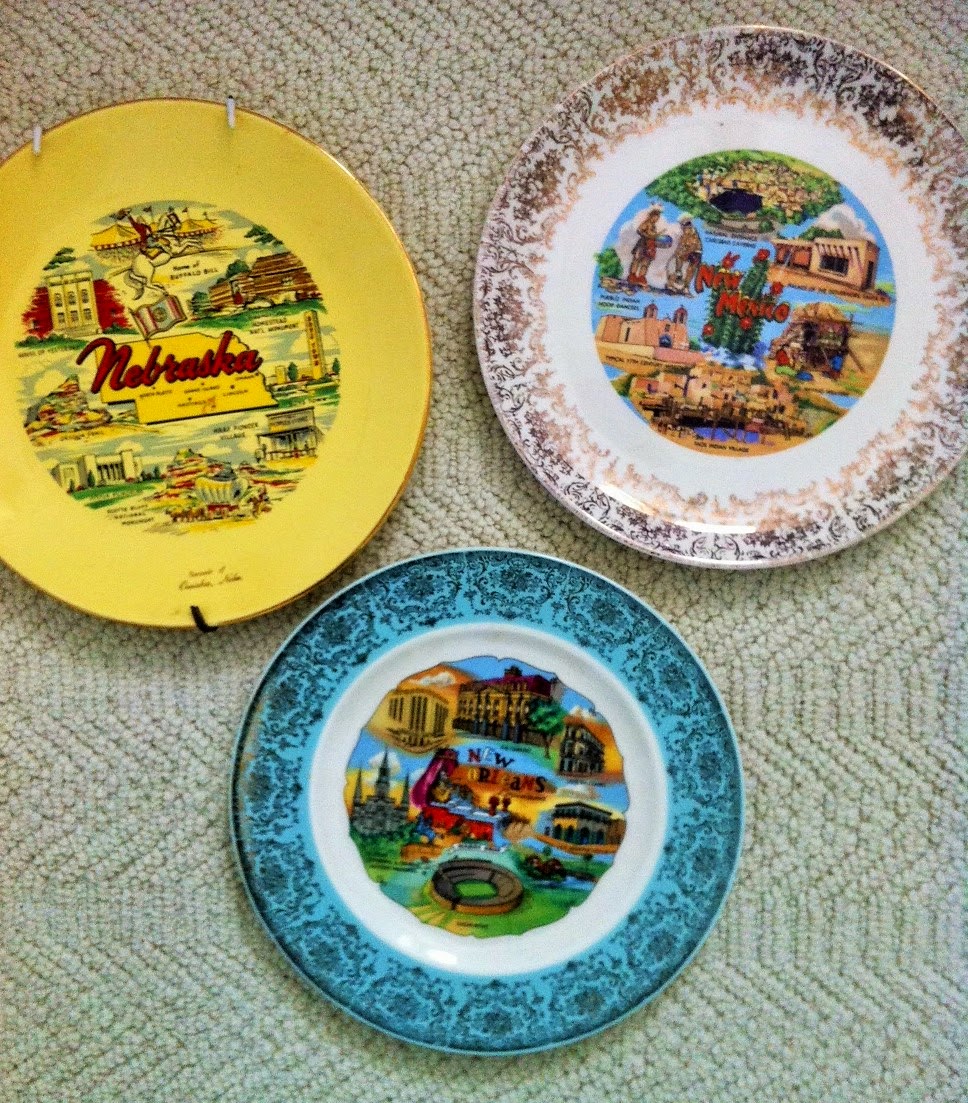 I also had the opportunity to visit the thrift shop in Kerrville as well as the thrift shop in Pleasanton. In Kerrville, I found the vintage Nebraska souvenir plate you see in the photo. The other two plates were found in an antique shop in downtown Kerrville. I have decided that a wall arrangement of vintage souvenir plates would be a lot of fun! So far, I've found the plates for between $1 and $5 each, so it is inexpensive as far as art goes! If it looks the way I envision it, it will add to the Texas hill country "look"! As far as my research and experience shows, that elusive "look" is a mixture of antique, western, French country, Tuscan, Mexican, Spanish and rustic. The operative words seems to be "mixture". It's the type of decorating that you recognize when you see! It is relaxed and casual with a mixture of rustic and formal furniture and accents. There is a huge retiree population in the hill country and most have traveled extensively, so souvenir plates make sense to me! We've also traveled a lot, so it will bring back memories for us. I will have to plan a lap quilt to go along with this theme!! 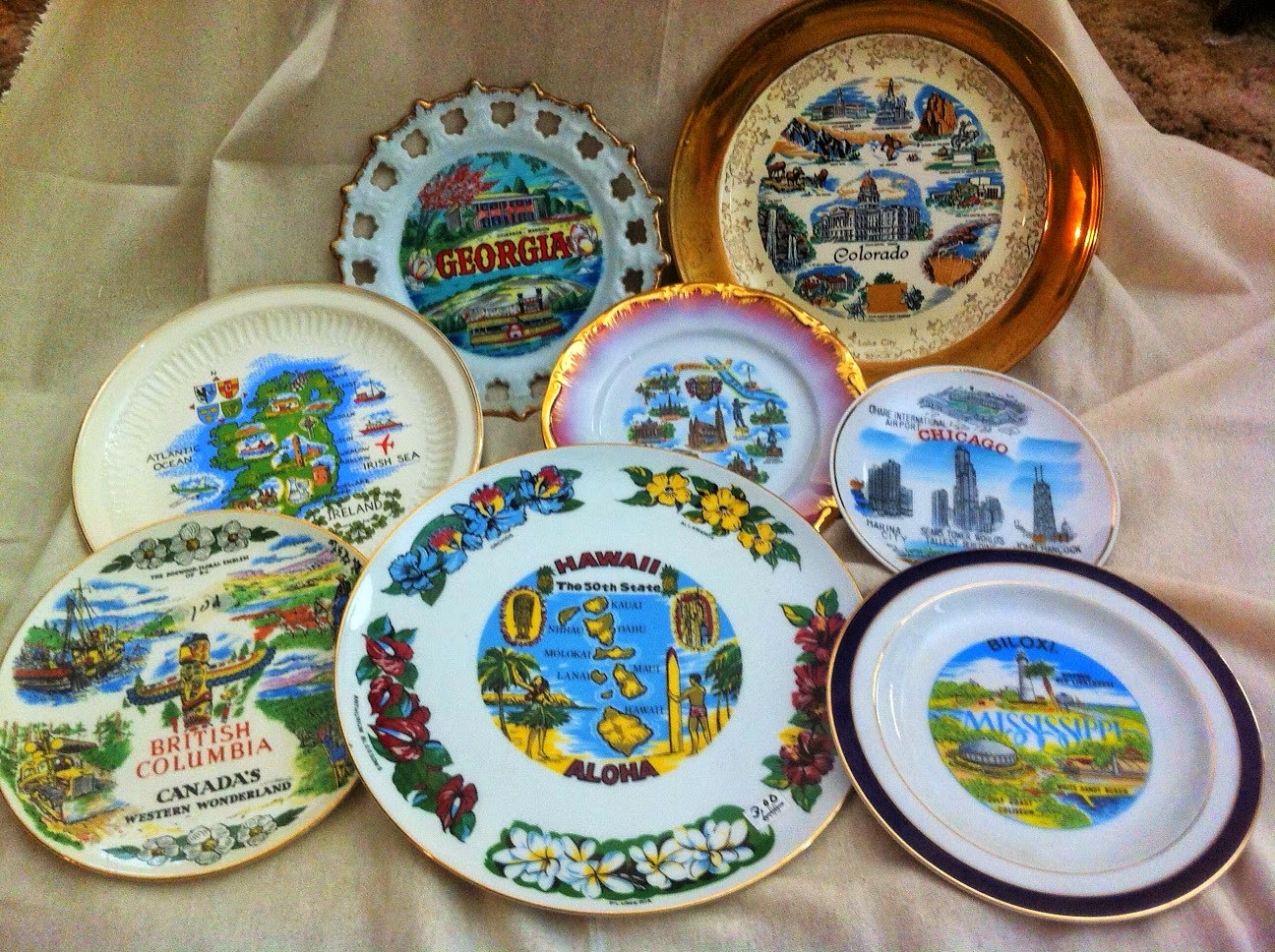 After coming back to Pleasanton last night, I made a "bee-line" for the thrift shop here and found a few more! I'm sure I will get pickier as I collect them for the wall. The three found in Kerrville are the best so far. I think some of the ones from here might not be as vintage and don't have as much color as the first three. They will work until I have enough to fill in a wall, though. I think it will be fun!!! I was told that they are getting harder to find in thrift shops! 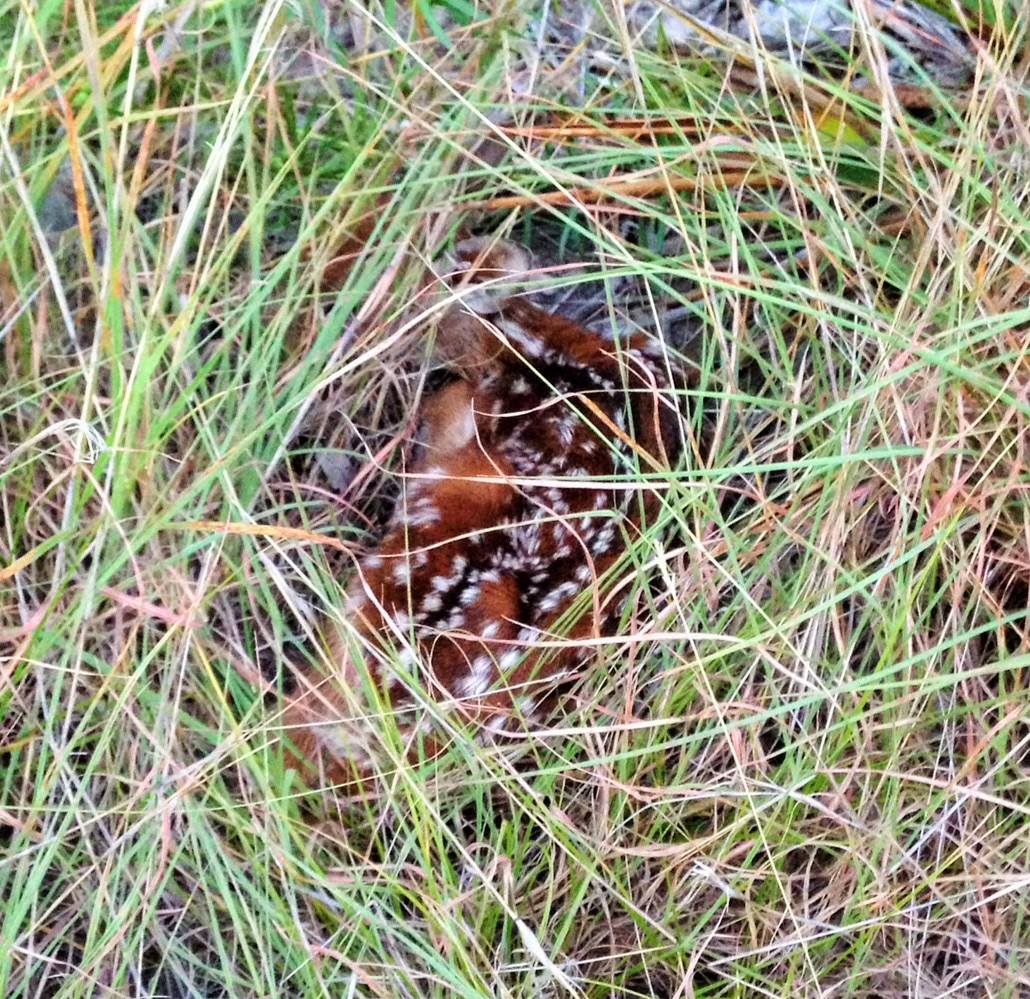 Remember the porcupine last week? Well, this week left us feeling a lot more tender toward the wildlife on our property. We were walking around when we walked up on this tiny little fawn. He was the size of a cat!  He was staying so still and trying so hard to hide, that my husband thought he might be dead. Then his ear twitched. Poor thing was freaked out, I'm sure! We took a very quick phone photo and quickly left the area to let him get back to his mother or his mother to him, whichever was supposed to happen. He was gone the next day, so I guess they found each other.
Electrical work is almost finished and we are waiting on a bid from a stone mason to see if we can afford to put limestone in the kitchen and on the support columns. It would match the fireplace limestone. If not, I may need to learn a few new skills! I am really wanting the walls in there to be rock. I think it would be fantastic!
I am also waiting on an iron summer cover to arrive. I have in mind putting it above the range, mortared in and framed with fancy limestone edging tile. Here is a photo of what I ordered: 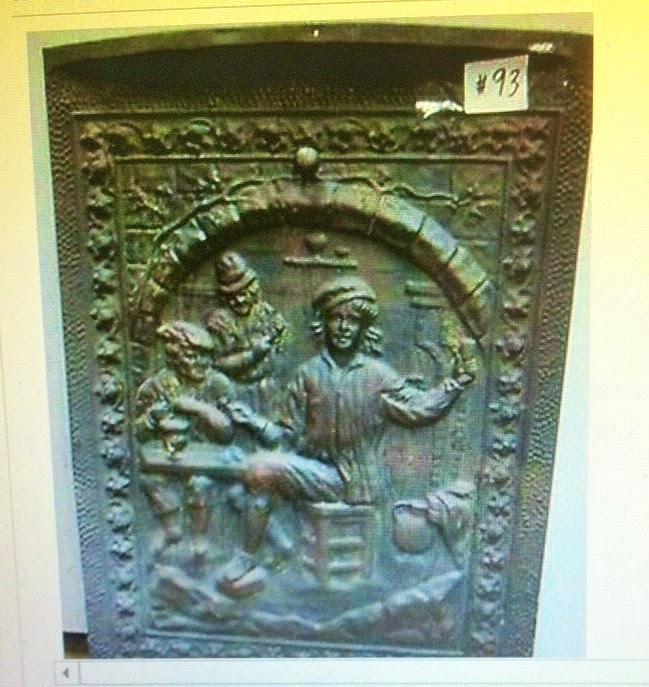 When we lived in Georgia, we had a huge old Victorian house with 10 fireplaces! Eight of them had summer covers similar to this! Of course, we left them when we sold the house. I would love to have just one of them today!
I'm still very anxious to finish the kitchen, but I believe the day will come! Have a great week!