Reindeer Games - My Day on the Holiday Lane Blog Hop 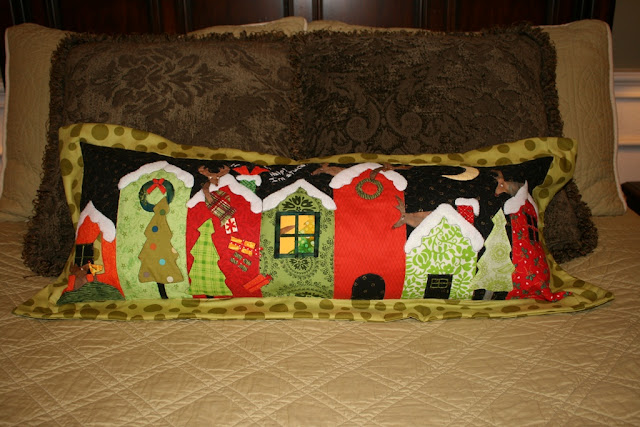 Twas the night before Christmas and all down the lane...
The reindeer were playing their games....quite insane!
Poor Santa had just started out down the flue
when "middle aged spread" made it too hard to do! 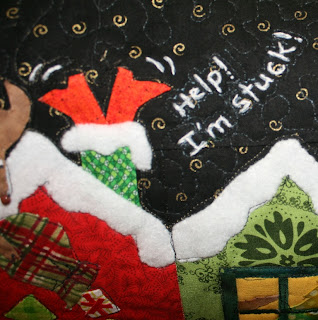 So there he stuck fast while the reindeer, in glee,
Were as naughty and mischievous as they could be!
Prancer hung over the eaves for a wreath
While Dancer looked on in sheer disbelief! 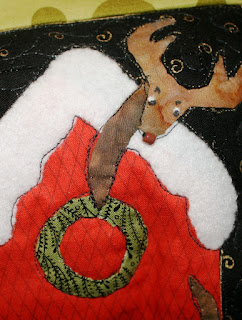 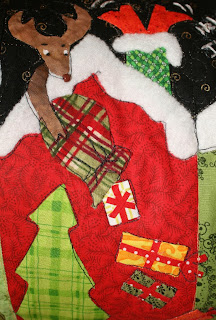 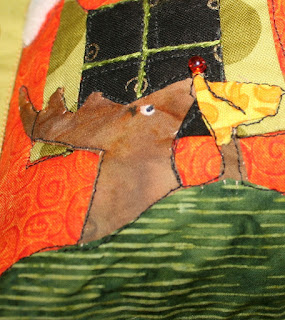 And all of the others - well, goodness! - Who knows! 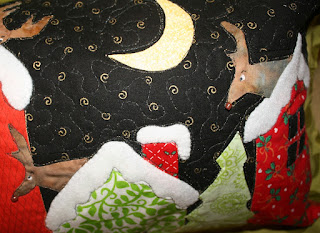 While children were dreaming all snug in their beds,
Visions of bedlam filled Santa's poor head!
When morning came finally to Holiday Lane
Nobody dared fuss or even complain.
They pulled poor old Santa right out of that fix
By removing some mortar and quite a few bricks!
The reindeer had all flown back home quite ashamed
And knew that for all that they'd done they'd be blamed.
But Santa made up for the mess when he gifted
Each person, who smiled as his spirits were lifted.
"Happy Christmas to all", he said with red face,
and then he was gone without leaving a trace!

Be sure you go visit the others today on the Holiday Lane Blog Hop!

I have not had time to go buy a giveaway, but I do like to give one. I will choose a winner the day after the hop is over and they will get something fun, I promise! It will be a Christmas surprise! One comment for a chance to win and another comment for following (on my sidebar).
Thanks to our sweet cheerleader Pauline, our hostess Mdm. Samm, and to Jill for the pattern!
Until next time.....
Bee Blessed!
Posted by Linda at 11:00 PM