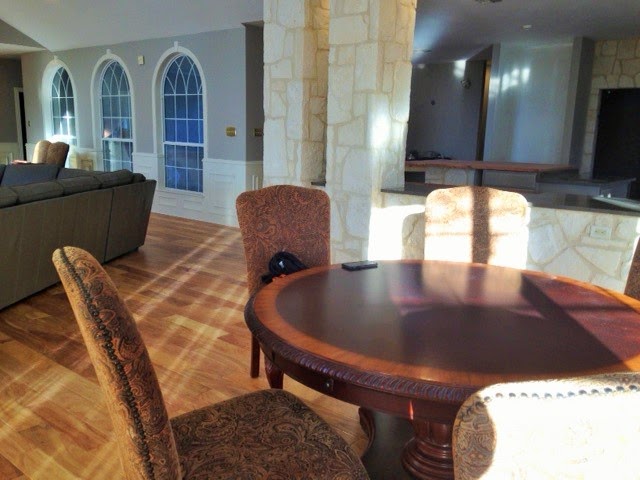 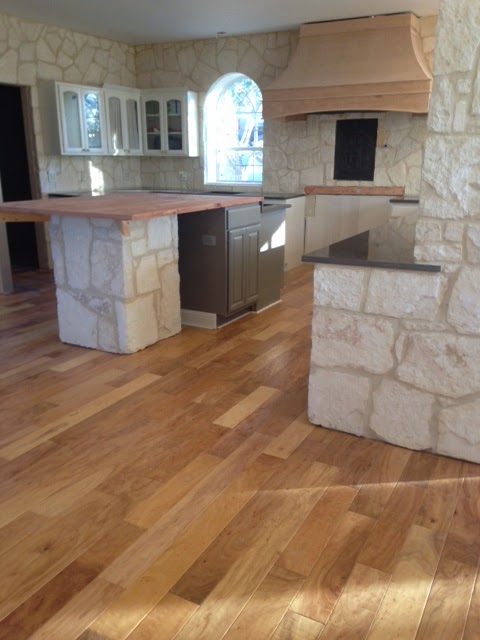 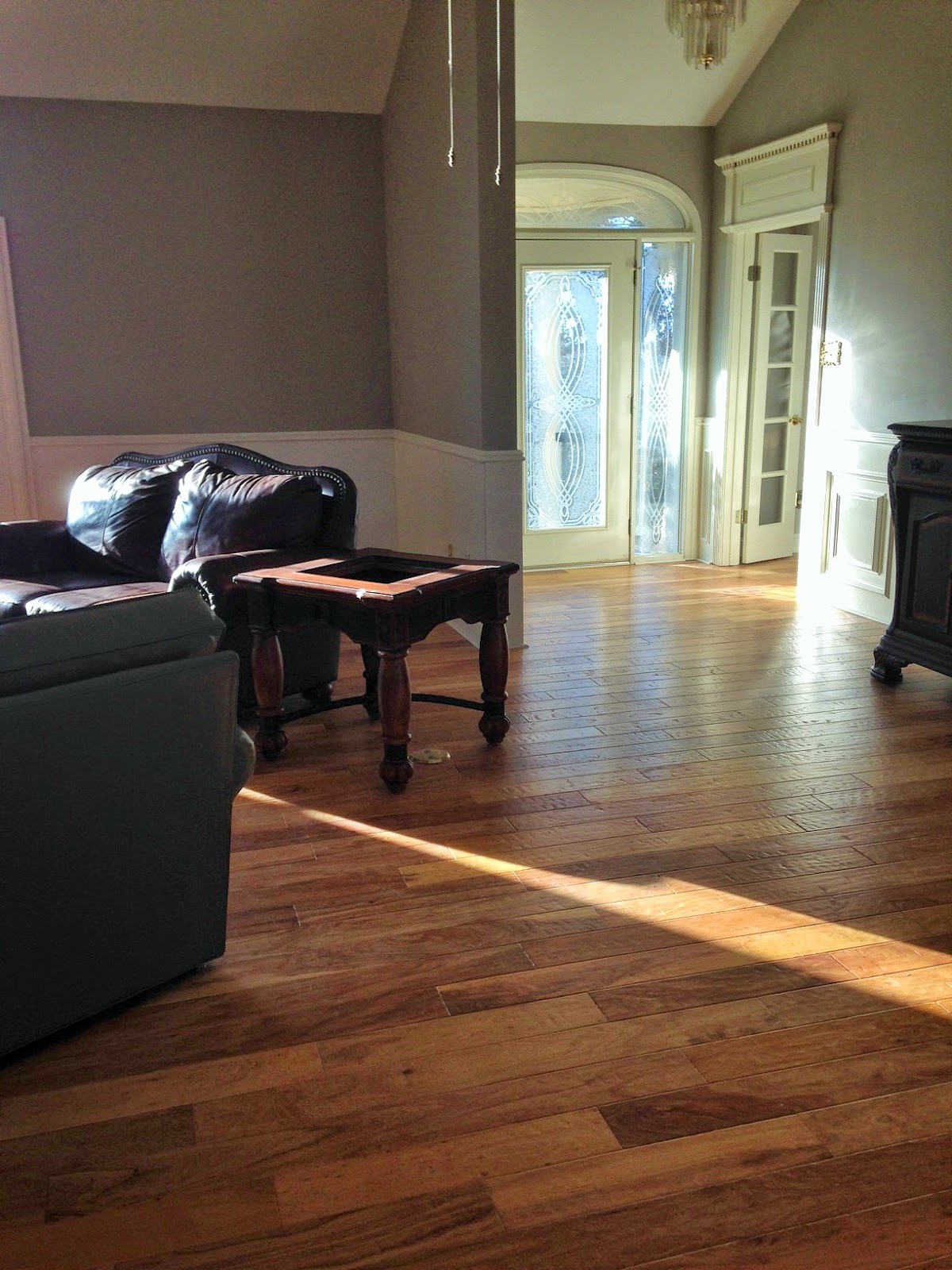 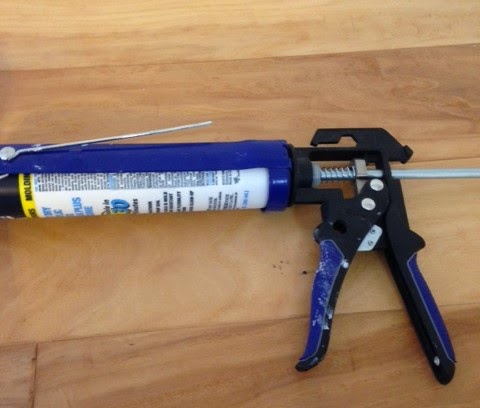 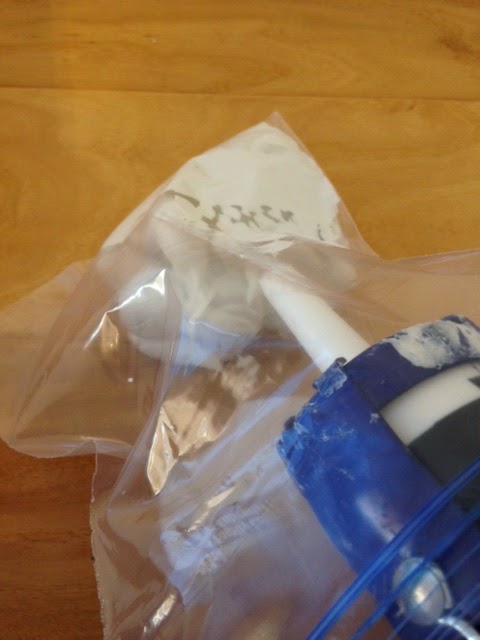 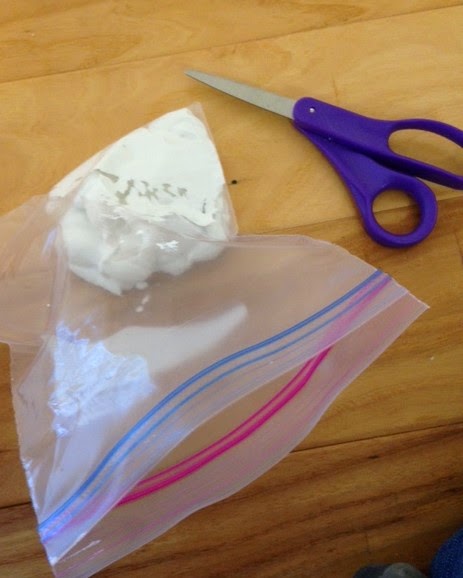 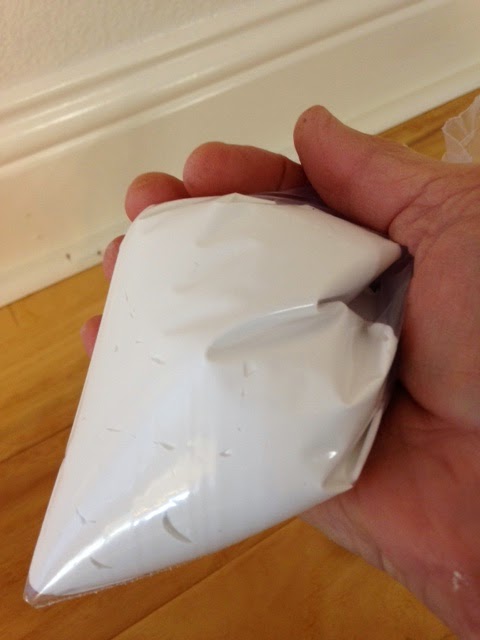 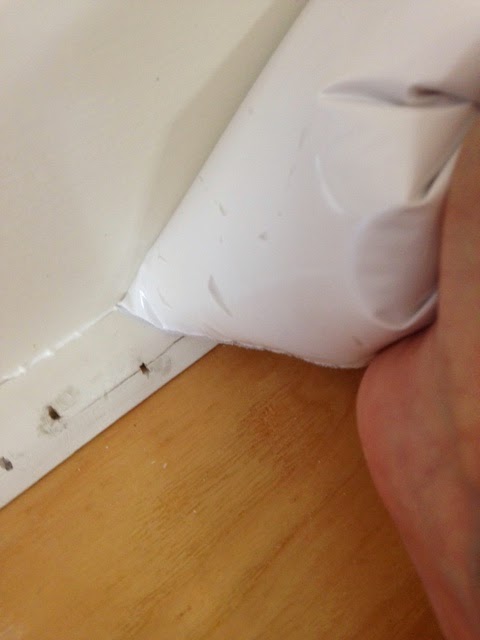 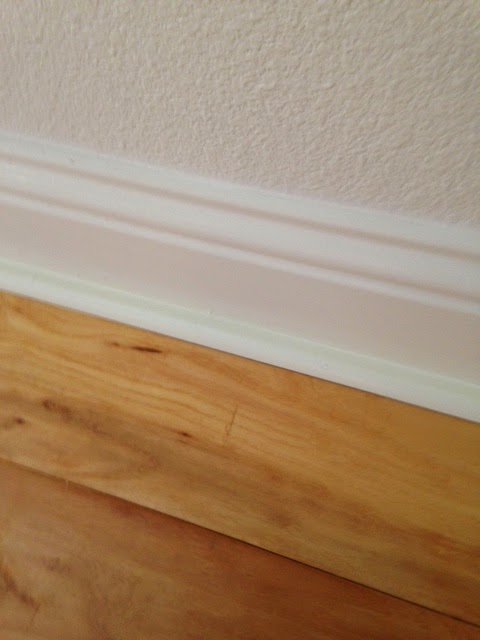 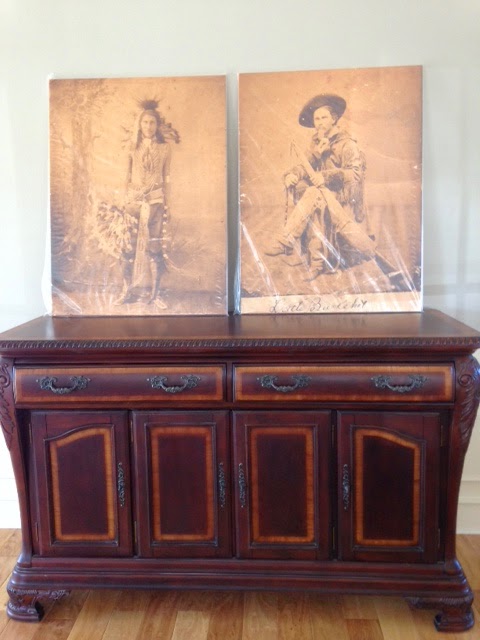 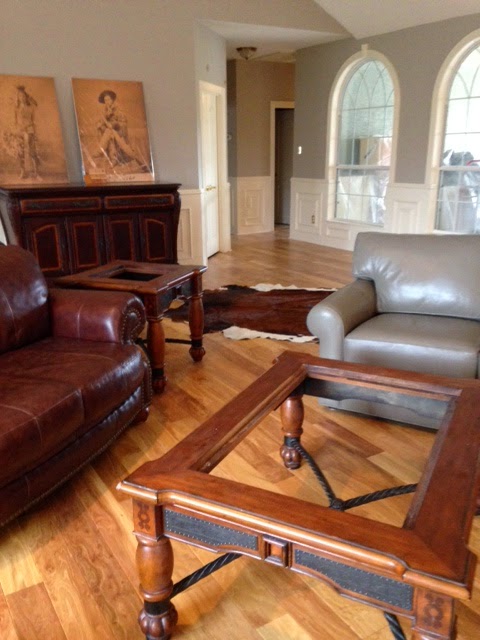 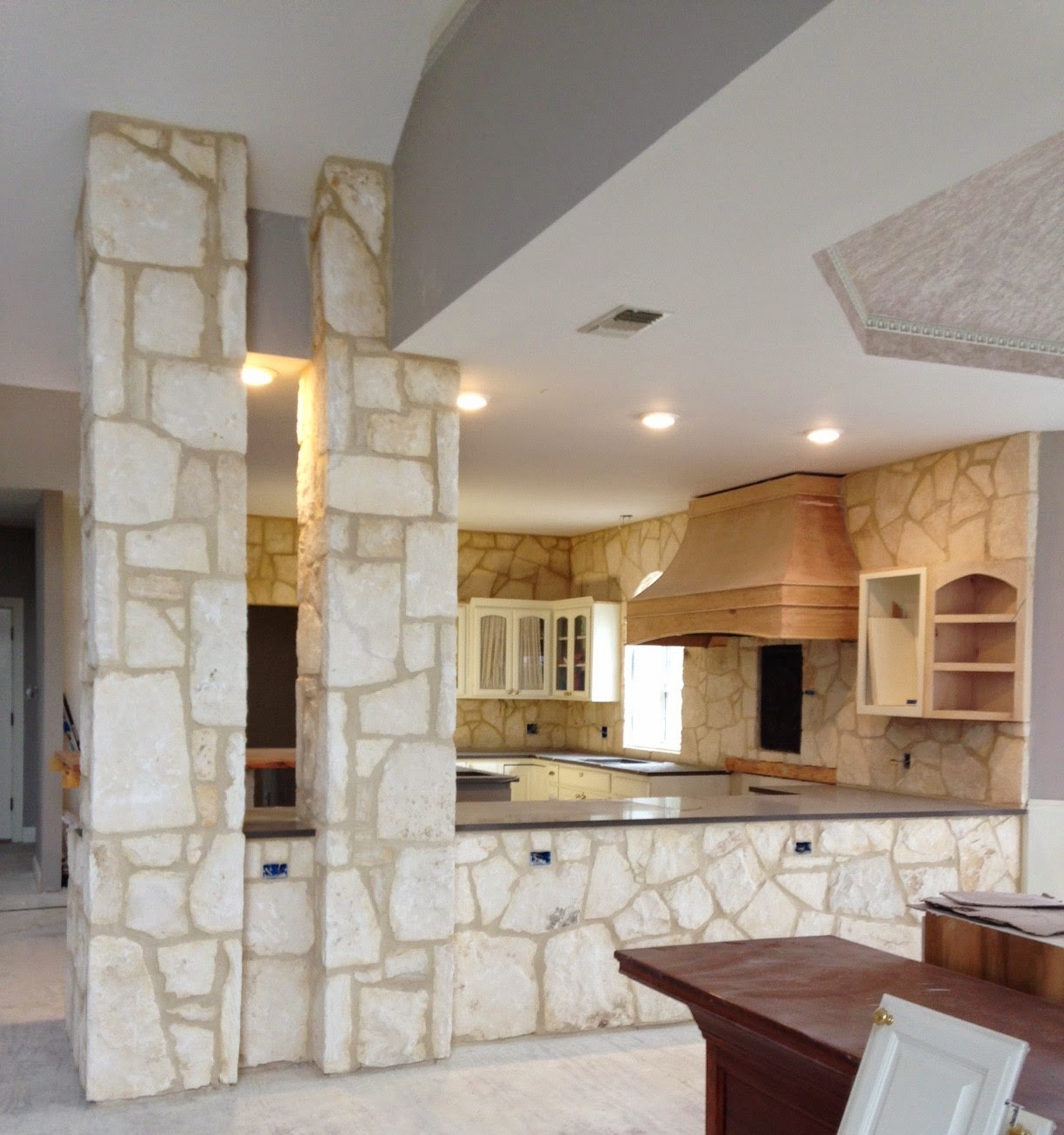 The kitchen is coming along! The stone has been installed and we are waiting on the flooring to go in. We still have crown molding to put on the cabinets and top of the vent surround. Some cabinets need paint and the vent surround needs plastering. After this photo was taken, the electrical outlets were finished and those blue boxes you see on the penninsula are now nice ivory covers. 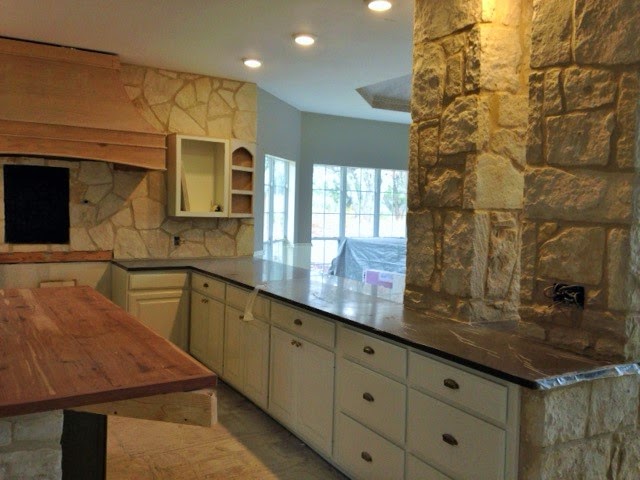 Here is a photo from the other side of the columns. The red cedar island top you see is not installed yet and is only set down there to see how it will look. There is still a plastic cover on the countertops. The stone masons actually left it in place and it is mortared in where the stone comes down to the countertops! We will have to figure out a way to remove it without scratching our counters! The cabinet to the right of the vent does not have it's shelves and door yet and the cabinets connected to it has not been painted. We still have a lot to do, but now I can see my vision coming to life! 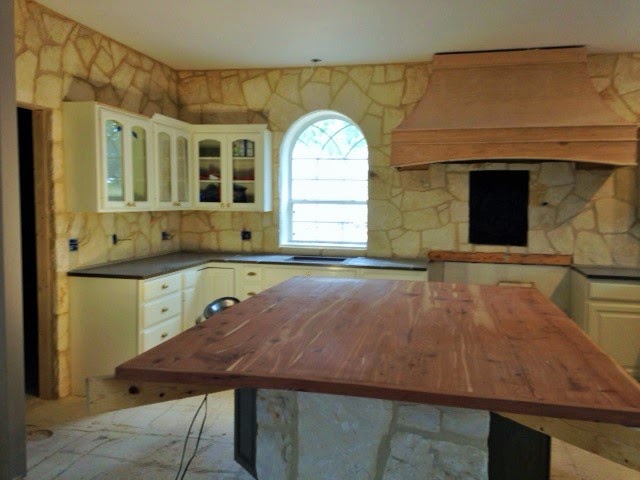 This is panning to the left of the island. You can see the cabinets still need crown molding. (There is some old molding still attached to some of them.) I will also have to choose lights for over the island and the window sink.
The pot filler is due to be delivered today!

My kids were all here for Thanksgiving and we went up to the hill country house for a day. My grandson doesn't have many chances to climb trees and that was very much on his "want list"! He went from tree to tree having a great time! 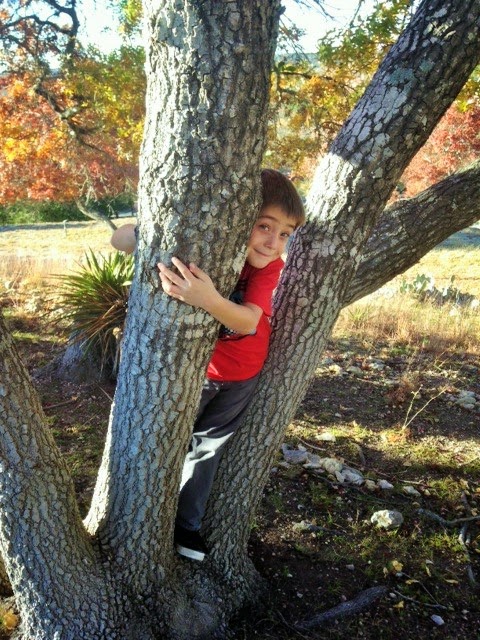 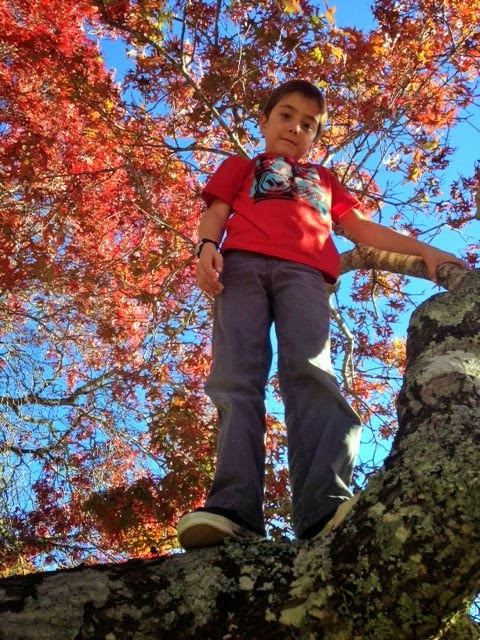 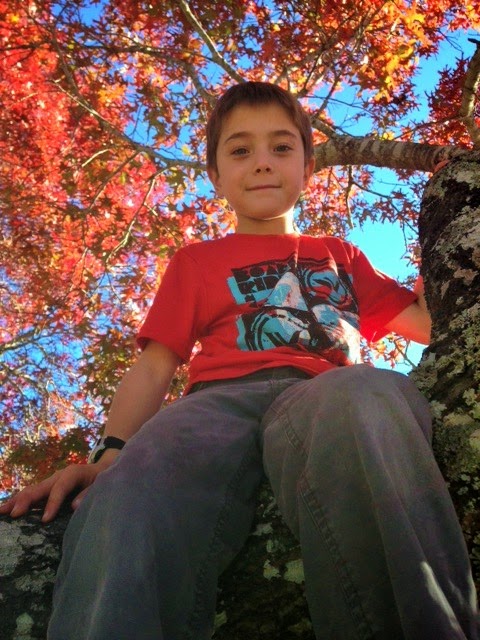 I hope you have the chance to do something you love today!